Hellfire & Back raises over €8,500 for Bloomfield residents 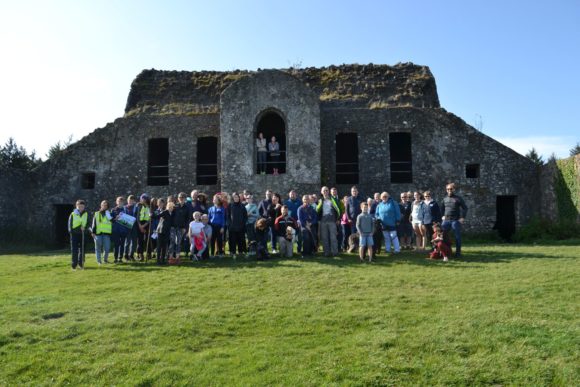 We couldn’t have asked for a more beautiful morning for our first Hellfire & Back sponsored walk.

Over 40 individuals, including young volunteers from Scouting Ireland, gathered around the Bloomfield banner in the Hellfire Club carpark before 10am on a windy but sunny Saturday morning (21st September). Before the wind managed to take the banner skyward, we all set off on our invigorating 4k hike. The scouts had brought a variety of staves to help as walking sticks to steady walkers along are way. While the walk might not have necessitated these staffs, they certainly helped those, who used them, to get into the character of being a great explorer for the day!

Our particular route around the Montpelier Loop might have been categorised as ‘Moderate-Easy‘ but the slow upward gradient of the first kilometre worried a few walkers that the route might get more taxing. However, it soon leveled out and, with the young scouts from the Balally Scouts Den showing us the way (a few of the more enthusiastic walkers had tried set off on steeper paths), everyone quickly fell into just enjoying the walk and the beautiful views to which we were being treated.

When we reached the Hellfire Club itself, we took a short break. A few walkers went inside the building which, we were told, had been a hunting lodge built in 1725 from the stones of a prehistoric cairn that had originally been at the top of the hill. The owner of the lodge in the early 18th century had been William Conolly, speaker of the Irish House of Commons. Over the years, the building built a reputation for being haunted (by a large black cat among other creatures) and being the venue for various ‘strange goings-on’ in the night.

We visited the remains of the original cairn, took some photos, and took in some of the spectacular views of Dublin Bay and moved on. The walk soon looped back towards the carpark again and views of the Piperstown Gap and Kilakee were exhilirating on such a beautiful day. One hiker shared the story that some of the ruined cottages that could be seen dated back to the Great Famine and that the potato drills could still be seen alongside them.

By the time we all arrived back at the carpark, the young men and women from the scouts had already set up the teas, coffees, buns and scones that the Bloomfield kitchen staff had supplied. Appreciation was given that we had all shared such an enjoyable morning and that this would hopefully be the first of many occasions for Bloomfield to mark World Alzheimer’s Day.

A very special thanks has to go to Momentum Support who were key sponsors of the event, and to Colin and Verona who joined us on the hike itself.

Thank you to everyone who came out and joined us, and to all who donated! Over €8,500 was raised through donations, large and small, and this will help fund projects that will directly improve the lives of residents and patients at Bloomfield Mental Health Services.

We hope to see you all again next year! 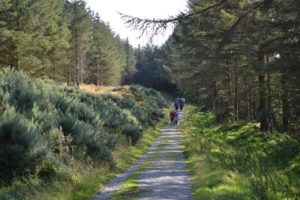 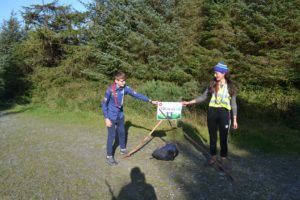 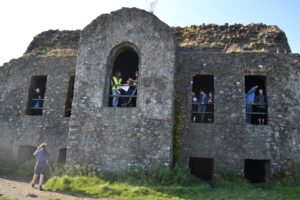 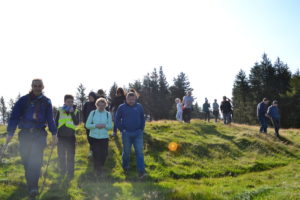 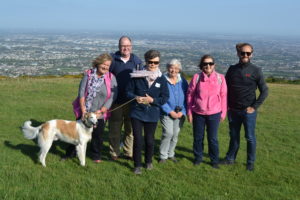 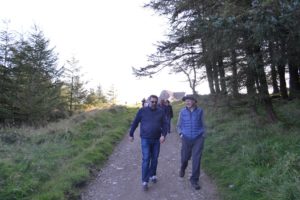 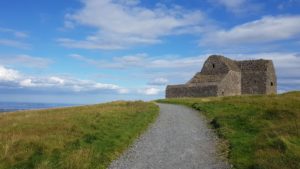