BBQ at Bloomfield draws the crowds

On Sunday 19th August, the weather-forecasters got it wrong thankfully because the sun shone in Rathfarnham. After a few years’ absence, the Bloomfield BBQ was back!

Over the course of the afternoon, musical entertainment was provided by Mikey Smyth, who played guitar and sang sing-a-long tunes for hours, to the delight of his audience. Magical entertainment was provided for children by Jessica from ‘Genie Mackers’ Kids’ Parties services and it wasn’t long before the Bloomfield canteen was filled with balloons in shapes of dogs, giraffes and pirates’ swords!

Emma, Aidan and all the canteen staff pulled out all the stops to ensure that the estimated crowd of over 200 residents, staff, volunteers, family and friends were more than well fed.

Awards were presented to the teams involved in the Bloomfield Olympics events that had taken place over the previous weeks.  There were lots of winners at the BBQ, and although the Bloomfield Olympic torch was only carried by a few, everyone was able to carry away the whipped 99 ice-creams that were provided from the ice-cream van at the main entrance. 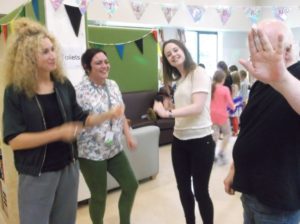 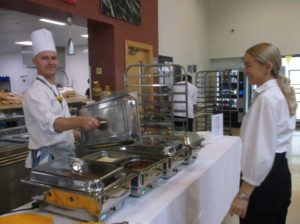 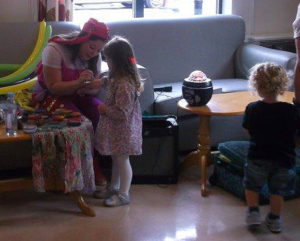